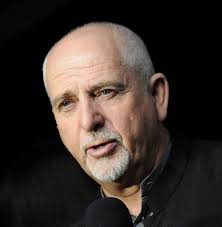 Peter Brian Gabriel (born 13 February 1950) is an English singer, musician, songwriter and activist who rose to fame as the lead vocalist and flautist of the progressive rock band Genesis. After leaving Genesis, Gabriel went on to a successful solo career. His 1986 album, So, is his most commercially successful, and the album’s biggest hit, “Sledgehammer”, won a record nine MTV Awards at the 1987 MTV Video Music Awards, and the song is the most played music video in the history of the station. More recently, Gabriel has focused on producing and promoting world music and pioneering digital distribution methods for music. See for more.

Digging In The Dirt

I Have The Touch

A Different Drum ( The Last Temptation of Christ soundtrack)