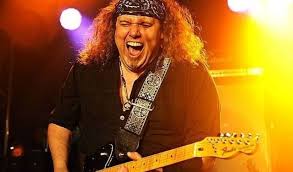 Julian Sas (born 29 May 1970 in Beneden-Leeuwen) is a Dutch blues rock guitarist and conductor of the Julian Sas Band. He is inspired by American guitar heroes such as Johnny Winter, Walter Trout and Jimi Hendrix and blues giants John Lee Hooker, Freddie King and Willie Dixon. Sas is also a big fan of Irish blues rock guitarist Rory Gallagher, who died in 1995. Already a number of times, Julian played together with the ex-band members of Rory, namely Gerry McAvoy and Brendan O’Neill (“Julian plays Rory”). At the beginning of 2006 this still happened in a sold out 013 in Tilburg.  See for more.

A Light in the Dark

Blues for the lost and found

Devil Got My Number