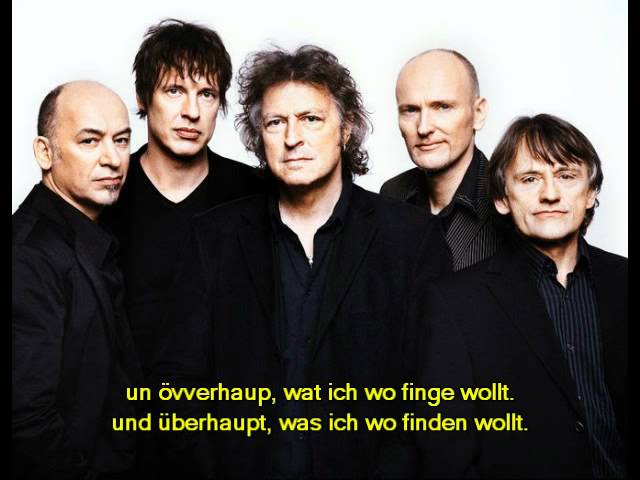 BAP is one of the most famous German rock bands. The band is from Cologne and also sings in the Keuls. The music is both style and content inspired by their examples Bob Dylan, the Rolling Stones and the Kinks. Bruce Springsteen, with whom the singer and foreman of BAP Wolfgang Niedecken is friends, also counts as inspiration. The songs in the Netherlands are ‘Kristallnaach’ from the album “Vun Drinne noh Drusse” (1982) and “Verdamp lang her” from the album “Für Usszeschnigge!” (1981). See for more.