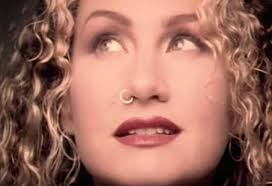 Joan Elizabeth Osborne (born July 8, 1962) is an American singer-songwriter and interpreter of music, having recorded and performed in various popular American musical genres including pop, soul, R&B, blues and country.[1] She is best known for her song “One of Us”. She has toured with Motown sidemen the Funk Brothers and was featured in the documentary film about them, Standing in the Shadows of Motown.  Originally from Anchorage, Kentucky, an affluent suburb of Louisville, Osborne moved to New York City in the late 1980s, where she formed her own record label, Womanly Hips, to release a few independent recordings. She signed with Mercury Records, and released her first full-length album, Soul Show: Live at Delta 88, in 1991. See for more.

What Becomes Of The Broken Hearted

What If God Was One Of Us

Son Of A Preacher Man

& The Holmes Brothers Live at KPLU