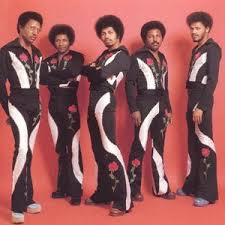 The Trammps were an American disco and soul band, who were based in Philadelphia and were one of the first disco bands. The band’s first major success was with their 1972 cover version of “Zing! Went the Strings of My Heart”. The first disco track they released was “Love Epidemic” in 1973. However, they are best known for their Grammy winning song, “Disco Inferno”, originally released in 1976 becoming a UK pop hit and US R&B hit, then re-released in 1978 and becoming a US pop hit. The music journalist Ron Wynn noted “the Trammps’ prowess can’t be measured by chart popularity; Ellis’ booming, joyous vocals brilliantly championed the celebratory fervor and atmosphere that made disco both loved and hated among music fans. See for more.

Hold Back The Night

Zing Went The Strings of My Heart

The Night The Lights Went Out

That’s Where The Happy People Go

Where do we go from here