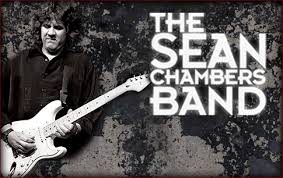 Sean Chambers toured with the legendary Hubert Sumlin as his guitarist and band leader from 1998-2003. Britain’s own Guitarist magazine named Chambers as “One of the top 50 blues guitarists of the last century.” After his tenure with Sumlin, he performed on his own, and in 2003 was asked to headline the prestigious Maryport Blues festival..  In 2004, shortly after his second CD release, Sean was forced to relocate when his home in Florida was struck by two of the major hurricanes that hit the state, and flooded out his home. See for more.

In The Winter Time

Me and My Guitar

Crazy for Loving You