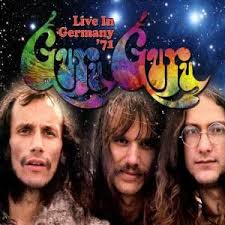 Guru Guru is a German Krautrock band formed in 1968 as The Guru Guru Groove by Mani Neumeier (drums), Uli Trepte (bass) and Eddy Naegeli (guitar) later replaced by American Jim Kennedy (guitar). In time for their debut in 1970, Ax Genrich had replaced Kennedy to solidify the classic Guru Guru line up.  Guru Guru were related to the free jazz music scene both through their work with Swiss pianist Irène Schweizer and through Neumeier, who had already won several jazz prizes. The band was also influenced by rock music, such as Jimi Hendrix, Frank Zappa, The Who, Rolling Stones and early Pink Floyd. See for more.

The girl from Hirschhorn

The girl from Hirschhorn

Don’t Call Us We’ll Call You