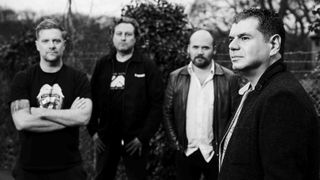 John Mitchell had long thought about embarking on a solo project and when he found a break in his schedule due to plans for the next It Bites album being delayed, he finally took the opportunity. “People had suggested I do a project like this for a long time, but I procrastinated so much that in the end, it took Thomas Waber from InsideOut to push me into doing this. Musically, Lonely Robot is very proggy, but more about atmosphere than technical expertise. It reminds me in places of Kino and Frost*, but stands apart from both.” John also put a lot of thought into the overall project name. Lonely Robot isn’t just the juxtaposition of two disparate words. See for more.

The Boy In The Radio

Why Do We Stay