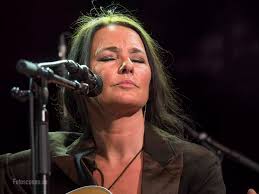 Sophie Zelmani (born Sophie Zelmani but later raised with the surname Edkvist; 12 February 1972) is a Swedish singer-songwriter who released her first single in 1995, called “Always You”. Zelmani was born in the suburbs of Stockholm in 1972. Her father bought the family a guitar when Zelmani was 14. Despite no professional music training, Zelmani became a songwriter and recorded some songs at a local studio. After she mailed the demos to three record companies, Zelmani was offered a record deal by Sony Music Sweden. See for more.

You Can Always Long For May

Stay with my heart

Waiting For The Miracle To Come