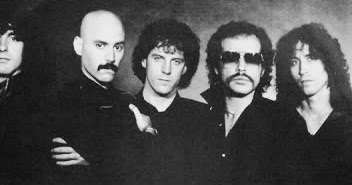 Balance was an early 1980s American hard rock band. based out of New York City, United States, and fronted by Peppy Castro, formerly of Blues Magoos.[ They are perhaps best known for their minor 1981 hit, “Breaking Away”. In addition to Castro, original members included guitarist Bob Kulick and arranger/keyboardist Doug Katsaros.[1] The trio recorded their self-titled debut album with session musicians, one of whom, drummer Andy Newmark also co-wrote one of the songs on the album and was apparently an official member of the band at one point. Newmark was later replaced by Gregg Gerson, who departed soon thereafter to play with Billy Idol. See for more.

In for the Count

We Can Have It All

I’m Through Loving You

Looking for the magic