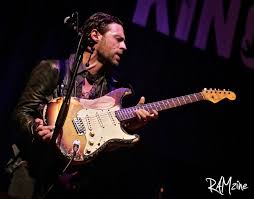 The South African guitar virtuoso Dan Patlansky has been the support act for Joe Satriani’s last twenty five dates of this European Tour. PATLANSKY was selected by the legendary Satriani as special guest on the European and UK legs of his Shockwave Tour 2015 taking in twenty five shows across ten countries from 9 October to 10 November 2015. Amidst ave reviews from European music press on the back of this tour, PATLANSKY’s 2015 UK album release ‘Dear Silence Thieves’, and 2012 album ’20 Stones’ both also reached the UK ITunes Top Twenty Blues Albums in the first week of November 2015. See for more.

Bring The World To Its Knees