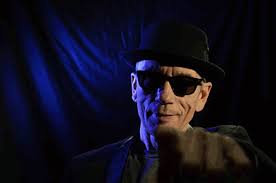 Billy D and the Hoodoos are a musical group from Portland, Oregon, U.S. Born on the south side of Chicago, Billy Desmond grew up influenced by early rock and blues. Billy began his career playing professionally at teen dances and parties at the age of fourteen, and by eighteen he was sneaking in Chicago blues clubs to hear greats like Muddy Waters, Junior Wells, Buddy Guy, and James Cotton. Eventually, Billy would work with blues legends Junior Wells, Big Time Sarah, Robert Cray, and Detroit Junior to name a few. Billy led his first band, Skid City Blues, as lead guitarist, singer and songwriter touring the Midwest during the 1970s. See for more.

Somewhere In The Middle Of The Blues