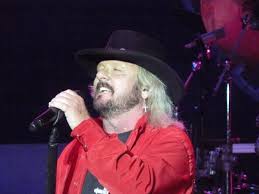 Donald Newton “Donnie” Van Zant (born June 11, 1952, in Jacksonville, Florida) is an American rock vocalist/guitarist. He is best known as having been a member of the band 38 Special, from its formation in 1974 until 2013. He is the middle of three brothers: his older brother Ronnie was the original lead singer for Lynyrd Skynyrd who died in a 1977 plane crash in Mississippi along with five other members and associates of the band; his younger brother Johnny is Lynyrd Skynyrd’s current lead singer. Donnie and Johnny also perform together from time to time as the group Van Zant.  See for more.

I’m A Want You Kinda Man

You’ve Got To Believe In Love

My Kind of Country

Get What You Got Comin

I Know My History