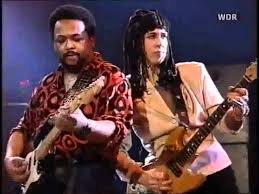 Joanna Connor (born August 31, 1962) is an American Chicago-based blues singer, songwriter, and an epic guitarist. Connor was born in Brooklyn, New York, United States, and raised in Worcester, Massachusetts. After moving to Chicago, Illinois in 1984, she was drawn to the Chicago blues scene, eventually sharing the stage with James Cotton, Junior Wells, Buddy Guy, and A.C. Reed. By 1987, she had started her own band, and recorded her first album for Blind Pig Records in 1989. In 2002, Connor left Blind Pig and signed a recording contract with the small independent record label, M.C. Records. See for more.

Heart Of The Blues

Living On the Road

Nothing But The Blues