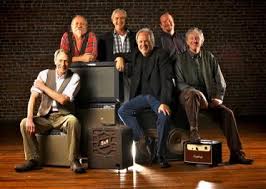 The Ozark Mountain Daredevils are an American Southern rock/country rock band formed in 1972 in Springfield, Missouri, United States. They are most widely known for their singles “If You Wanna Get to Heaven” in 1974 and “Jackie Blue” in 1975. Bassist Michael “Supe” Granda has also written a book about the band, It Shined. According to the book It Shined by Michael Granda, the band name was derived from “Cosmic Corn Cob & His Amazing Ozark Mountain Daredevils”, a name that John Dillon came up with at a Kansas City “naming party” after the band was told that the name they had previously been using, “Family Tree”, was already taken. See for more.

If You Wanna Get To Heaven

Beauty in the River

Standin’ On The Rock