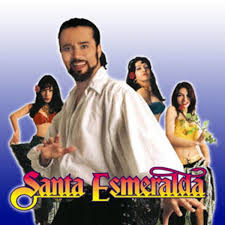 Santa Esmeralda is a U.S./French disco group[1] formed in the 1970s; perhaps best known for their hit disco remakes of the 1960s hits “Don’t Let Me Be Misunderstood” and “House of the Rising Sun”. The group featured original lead singer Leroy Gómez in 1977/1978 and singer Jimmy Goings from late 1978 until 1983, and once again original lead singer Leroy Gómez from the 1990s to this day. Santa Esmeralda was formed in 1977 by French producers Nicolas Skorsky and Jean Manuel de Scarano, songwriters who had launched their own label with the aim of producing artists who would record their compositions. Upon meeting singer, Leroy Gómez, in Paris, the duo recruited him for the group’s first record. See for more.

Don’t Let Me Be Misunderstood

The House Of The Rising Sun