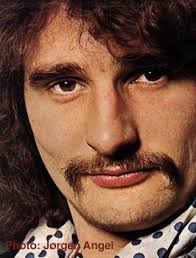 David Garrick (29 January 1947 – 28 February 1985), better known by his stage name David Byron, was a British singer and songwriter, best known in the early 1970s as the lead vocalist with the rock band Uriah Heep. Byron possessed a powerful operatic voice and a flamboyant stage presence. From the mid-1960s to early 1970s, David Byron did session work for a company called Avenue Recordings, singing lead and backing vocals (occasionally along with Mick Box on guitar and Paul Newton on bass). These were cover versions of Top 20 hits and were released on EPs and LPs. See for more.

Waiting for the Sun

How Do You Sleep?