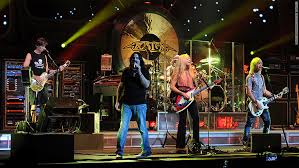 Boston is an American rock band from Boston, Massachusetts that achieved its most notable successes during the 1970s and 1980s. Centered on guitarist, keyboardist, songwriter, and producer Tom Scholz, the band is a staple of classic rock radio playlists. Boston’s best-known works include the songs “More Than a Feeling”, “Peace of Mind”, “Foreplay/Long Time”, “Rock and Roll Band”, “Smokin'”, “Don’t Look Back” and “Amanda”. They have sold over 31 million albums in the United States, of which 17 million were for their self-titled debut album and 7 million were for their second album, Don’t Look Back. See for more.

More than A Feeling

A Man I’ll Never Be

Didn’t Mean to Fall In Love

You Gave Up On Love

You Believe in me