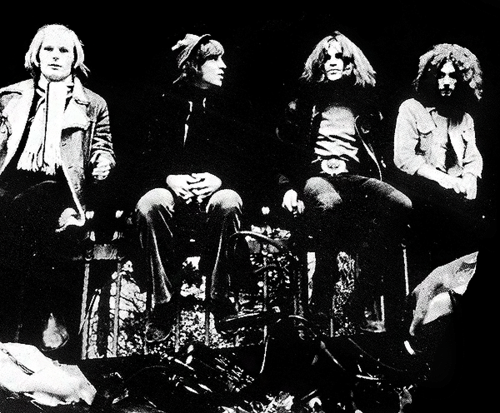 Electric Sandwich were formed in late 1969 by a group of German students from Bonn. The band initially consisted of four musicians, all of whom had already played with other bands: bass player Klaus Lormann had been playing with “Chaotic Trust”; lead guitarist Jorg Ohlert used to be with “Slaves of Fire”; drummer Wolf Fabian, the founder of the band, had been touring with a band called “Muli and the Misfits”, and singer Jochen “Archie” Carthaus sang with the “Flashbacks”. Their own material has been recorded into the legendary Dieter Dirks Studio in Stommeln (1973 Brain catalogue). The music contains typical spaced out, freak n roll improvisations with many jazzy rock ingredients, folkish accents and Mellotron excursions. See for more.

It’s No Use To Run