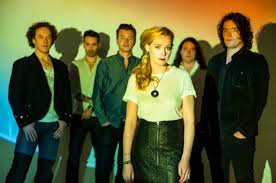 Anathema are a British rock band from Liverpool. The line-up consists of singers and guitarists Vincent and Daniel Cavanagh, their brother Jamie Cavanagh at bass, siblings John and Lee Douglas, respectively drummer and singer, and keyboardist Daniel Cardoso since November 2012. The band was founded as Pagan Angel in 1990 by the three Cavanagh siblings, John, and singer Darren White, as a death/doom band. At the time White was the only singer of the band. See for more.

A Sort Of Homecoming