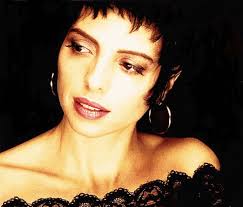 Helen Schneider (born December 23, 1952) is an American singer and actress working mainly in Germany. Helen Leslie Schneider was born in Brooklyn, New York City, the daughter of Dvora and Abraham Schneider. Schneider studied piano before forming her own blues band and playing in venues throughout New England and New York. She’s had a varied career in music, theater, recording, literature and film.  Between 1978 and 1984, she achieved success as a rock singer in Germany; her song “Rock ‘n’ Roll Gypsy” reached the top 10 record charts and she received a Gold Record Award and shared the Goldene Europa Award with John Lennon. See for more.

Somewhere over the rainbow 2009

Piece of my heart