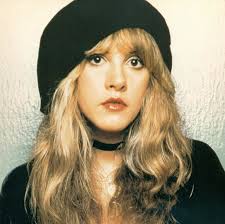 Stephanie Lynn “Stevie” Nicks (born May 26, 1948) is an American singer-songwriter, who in the course of her work with Fleetwood Mac and her extensive solo career, has produced over forty Top 50 hits and sold over 140 million albums. She was deemed “The Reigning Queen of Rock and Roll” and one of the “100 Greatest Singers of All Time” by Rolling Stone, and, as a member of Fleetwood Mac, was inducted into the Rock and Roll Hall of Fame in 1998. As a solo artist, she has garnered eight Grammy Award nominations and, with Fleetwood Mac, a further five. See for more.

Battle of the dragon

If You Ever Did Believe

If I Were You

Back to the homepag