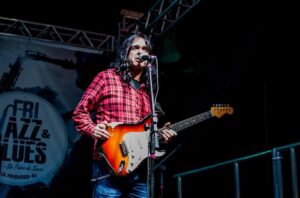 Ismael Carvalho started his solo career in 1998 with the release of his first album “Sunburst Blues”. Containig 11 original songs plus two covers, the album received
very good reviews by Guitar Player Magazine, Blues and Jazz Magazine and blogs all over the web. A second album was recorded for Blues Time Records Label “Electric Ride” again with 10 original songs and two covers. The new album is called “Ismael Carvalho & The Bllozdrivers” and will be released soon with only original songs this time and with special guests. See for more.