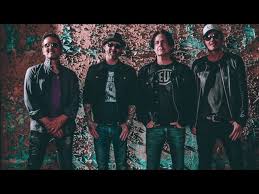 The Riverdogs is a rock band, founded in Los Angeles in 1989. Nick Brophy played as a bass guitarist on Riverdogs and played as a guitarist on Absolutely Live and Bone, replacing Vivian Campbell as guitarist, and himself being replaced by Cary Beare on bass guitar. Vivian Campbell is now playing in Def Leppard, Last in Line, and Riverdogs. Rob Lamothe was a guest lead vocalist on the song “The River” on former Badlands bass guitarist Greg Chaisson’s solo album It’s About Time. Marc Danzeisen also guested on several songs on It’s About Time as a backing vocalist and. See for more.

Water From The Moon

Best Day Of My Life