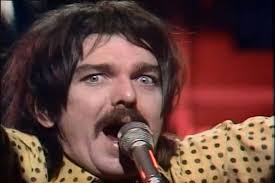 Don Glen Vliet 15, 1941 – December 17, 2010) was an American musician, singer-songwriter, artist and poet widely known by the stage name Captain Beefheart. His musical work was conducted with a rotating ensemble of musicians called The Magic Band, active between 1965 and 1982, with whom he recorded 13 studio albums. Noted for his powerful singing voice with its wide range, Van Vliet also played the harmonica, saxophone and numerous other wind instruments. See for more.

Upon The My O My Old Grey Whistle Test

This Is The Day

Low Yo Yo Stuff

Her Eyes Are A Blue Million Miles