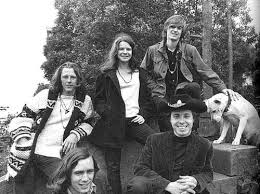 Big Brother and the Holding Company is an American rock band that formed in San Francisco in 1965 as part of the same psychedelic music scene that produced the Grateful   Dead, Quicksilver Messenger Service, and Jefferson Airplane. They are best known as the band that featured Janis Joplin as their lead singer. Their 1968 album Cheap Thrills is considered one of the masterpieces of the psychedelic sound of San Francisco; it reached number one on the Billboard charts, and was ranked number 338 in Rolling Stone‘s the 500 greatest albums of all time. The album is also included in the book 1001 Albums You Must Hear Before You Die. See for more.

How Hard It Is