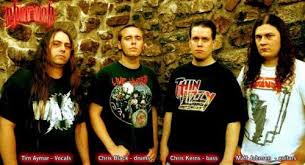 Solaris are a Hungarian progressive rock band formed in 1980. Their music has a strong melodic content, often laced with Eastern European themes, and is highlighted by the use of dynamics and extended thematic development. There is a great deal of interplay among the lead instruments of flute, guitar and keyboard which is used regularly to develop their themes. The emphasis is not on providing solo spots for the various instruments, but rather in employing those instruments within the context of the development of the individual piece. The band’s name is a reference to Stanisław Lem’s philosophical Sci-Fi novel, Solaris. See for more.

Wings of the Phoenix