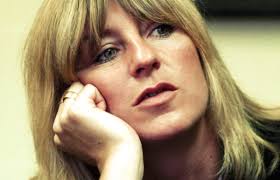 Christine Anne Perfect (born 12 July 1943), professionally known as Christine McVie after her marriage to John McVie of Fleetwood Mac, is a British singer, keyboardist and songwriter. Her greatest fame came as one of the lead vocalists of rock band Fleetwood Mac, which she joined in 1970, while married to bassist John McVie. She has also released three solo albums. McVie is noted for her smoky, low alto vocal performances and, as described by AllMusic critic Steve Leggett, her direct but poignant lyrics about the joys and pitfalls of love. See for more.

Tell Me You Need Me

Got A Hold On Me

Love Will Show Us How

And That’s Saying A Lot

No Road Is The Right Road