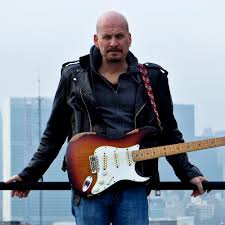 The American South has an incredibly rich musical legacy – the genesis of Jazz, cradle of Rock and Roll and birthplace of The Blues. Lanky, tattooed Tennessean, Scott Holt has been a bearer of the Blues torch for his entire career. Born and raised in Tennessee, Texas and Mississippi, Scott was “touring before I was touring! My family moved a lot when I was little so I’ve lived all over the area where my favorite music was born and developed.” After beginning his musical journey relatively late, at 19 years old, Holt jumped on the fast-track by joining his friend and mentor Buddy Guy and playing guitar for 10 years during the most successful period of the Legend’s career. See for more.

Damn Right I Got The Blues

Messin’ with The Kid

Other Side of the Track

I can makelove to you anytime