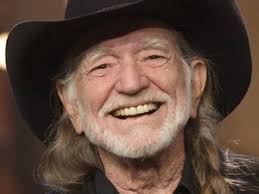 Willie Hugh Nelson (/wɪli nɛlsən/; born April 29, 1933) is an American musician, singer, songwriter, author, poet, actor, and activist. The critical success of the album Shotgun Willie (1973), combined with the critical and commercial success of Red Headed Stranger (1975) and Stardust (1978), made Nelson one of the most recognized artists in country music. He was one of the main figures of outlaw country, a subgenre of country music that developed in the late 1960s as a reaction to the conservative restrictions of the Nashville sound. Nelson has acted in over 30 films, co-authored several books, and has been involved in activism for the use of biofuels and the legalization of marijuana. See for more.

Always On My Mind

If I Were A Carpenter

On The Road Again

Blue Eyes Crying In The Rain

It’s All Going to Pot

Roll Me Up and Smoke Me When I Die

Angel Flying Too Close To The Ground

Funny How Time Slips Away

Whatever Happened To Peace On Earth?