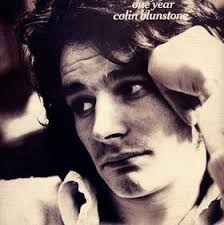 Colin Edward Michael Blunstone (born 24 June 1945) is an English singer-songwriter, best known as a member of the rock band The Zombies and for his participation on various albums with The Alan Parsons Project. Colin Blunstone was born in Hatfield, Hertfordshire, England. He attended St Albans County Grammar School for Boys.Rod Argent, Paul Atkinson and Hugh Grundy first played together at a jam on Easter 1961 in St Albans, Hertfordshire. Rod Argent wanted to form a band and initially asked his cousin Jim Rodford to join. Rodford was playing in local band called The Bluetones at the time, so declined. Blunstone and Paul Arnold joined in early 1961 while all five members were still at school. See for more.

I want some more

Hold Your Head Up

How Can We Dare To Be Wrong

Time Of The Season

How Could We Dare To Be Wrong