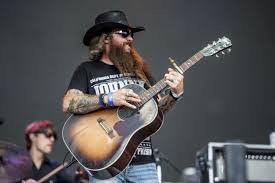 Cody Jinks (born August 18, 1980) is an American country music singer and songwriter. His 2016 album, I’m Not the Devil, reached No. 4 on the Billboard Country Albums chart, while his 2018 album, Lifers, reached No. 2 on the same chart. Cody Jinks is a native of Haltom City, Texas, United States, and attended Haltom High School. He started learning to play a few country music riffs on the guitar from his father when he was 16, but soon formed a heavy metal band. Jinks started out as the lead singer of a thrash metal band from Fort Worth named Unchecked Aggression, initially named Silas, that was active from 1998 to 2003. See for more.

Must Be The Whiskey