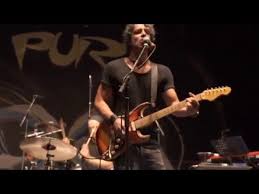 Being courageous. Living one’s dreams. Freedom. Traveling. Just going all over the place. Taking a risk. Believing in oneself. These are things that many people wouldn’t have the guts to do. Kai Sonnhalter has done them all. The engineer quits his job, and travels around the world. He wants to make original music again. His own songs, his own lyrics. During his travels the wind whispers new ideas in his ears, at the North Cape or in the Peruvian Andes. The waves under his surf board wash new inspirations into his head. He doesn’t regret his decision, because he finally has come into his own.See for more.