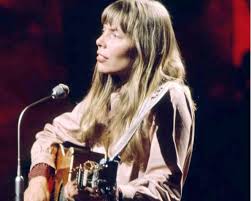 Roberta Joan “Joni” Mitchell, CC (née Anderson; born November 7, 1943) is a Canadian singer-songwriter and painter. Rolling Stone called her “one of the greatest songwriters ever”, and AllMusic has stated, “When the dust settles, Joni Mitchell may stand as the most important and influential female recording artist of the late 20th century”. Drawing from folk, pop, rock and jazz, Mitchell’s songs often reflect social and environmental ideals as well as her feelings about romance, confusion, disillusionment and joy. Mitchell began singing in small nightclubs in Saskatoon, Saskatchewan and western Canada before busking in the streets and shoddy nightclubs of Toronto. See for more. See for more.

Woman Of Heart And Mind

The Dry Cleaner from Des Moines

All I Want (Live)