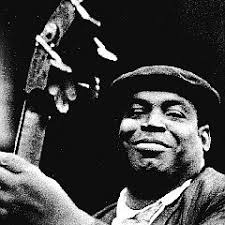 Willie Dixon (July 1, 1915 – January 29, 1992) was an American blues composer, bassist, and singer. He worked since the years 40 with all the greats of the Chicagoblues for the Chess label, such as Muddy Waters, Howlin’ Wolf, Memphis Slim and even Chuck Berry. Many of his songs were also released by other artists. For example, the song  Little Red Rooster. Not only known from the Rolling Stones, but also on plate set by the Doors. The first plate of Led Zeppelin with the same name also contains 2 songs composed by Willie Dixon, namely  You shook Me  and  I Can’t Quit You Baby. A version not mentioned there is the translation by André van Duin in 1972 of  “I’m Nervous”  titled  “the Nervous”. Dixon also composed “Wang Dang Doodle”, which was released in 1970 by Livin’ Blues on single. See for more.

I Am The Blues

I can’t quit you, baby

Weak brain and a narrow mind