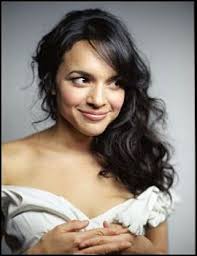 Norah Jones (born Geetali Norah Jones Shankar; March 30, 1979) is an American singer-songwriter, pianist, and actress. She is the daughter of Indian sitar player Ravi Shankar and Sue Jones. She is also Anoushka Shankar’s half-sister. In 2002, she launched her solo music career with the release of the commercially successful and critically acclaimed album Come Away with Me, a fusion of country music and pop with elements of jazz which was certified diamond album, selling over 26 million copies. The record earned Jones five Grammy Awards, including the Album of the Year, Record of the Year, and Best New Artist. See for more.

Come Away with Me