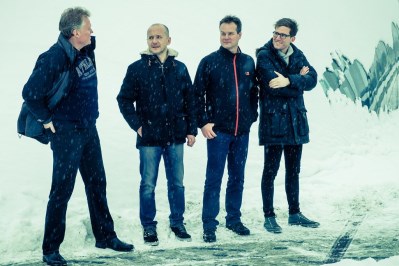 Different Light was formed in Malta at the end of 1994 by Trevor tabone, Mark Agius Cesareo, Richie Rizzo and Trevor Catania. Loads of gigs were played throughout 1995 and an early version of ‘In the Grey’ was recorded for a compilation album. “All About Yourself’, the band’s first album, was recorded in April 1996 and released in June of the same year. The band spent the rest of the year touring Malta to promote the album. Mark Agius Cesareo left the band in early 1997 and was replaced by Jeremy DeMaria. Different Light supported ‘Fish’ (ex Marillion ^) in September 1998 and recorded a mini-album (EP?) in the summer of 1999. See for more.

Making of The Burden of Paradise

The Cause Of Our Fall

In Love and War

This Is Only The Beginning

A Creature Of Habit