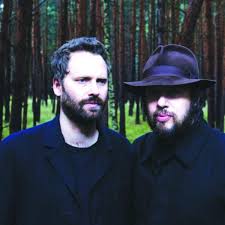 A Winged Victory for the Sullen is the name of an ambient music duo consisting of Dustin O’Halloran and Adam Wiltzie. They have released two studio albums, an EP and one soundtrack album. Their work has received mention by The Guardian, the BBC, and ABC Australia. They played at the Royal Albert Hall in London on August 5, 2015 as part of the BBC 6 Music Prom. The duo composed the original score for Atomos, for Wayne McGregor Random Dance. It premiered at Sadler’s Wells, London, on 9 October 2013. An album of this score, Atomos, was released. See for more.

The Rhythm Of A Dividing Pair

All farewells are sudden

Requiem For The Static King Part One