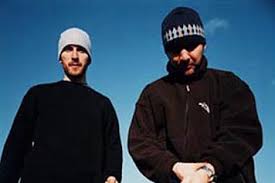 Boards of Canada are a Scottish electronic music duo consisting of brothers Michael Sandison and Marcus Eoin. Signing to Skam and then Warp Records in the 1990s, the duo received recognition following the release of their debut album Music Has the Right to Children in 1998. Their subsequent albums, Geogaddi (2002), The Campfire Headphase (2005) and Tomorrow’s Harvest (2013), have received critical praise. They have remained reclusive, rarely giving interviews or performing live. The duo’s music incorporates elements such as vintage synthesisers, analogue production methods, hip hop-inspired breakbeats, and samples from 1970s public broadcasting programmes and other outdated media; it has been described as exploring themes of nostalgia, childhood memory, and nature. See for more.

In a Beautiful Place Out in the Country

From one Source all Things depend