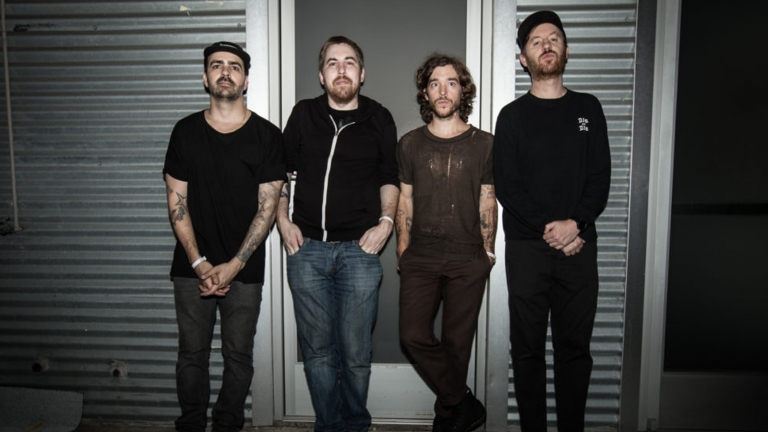 This Will Destroy You (abbreviated as TWDY) is an American post-rock band from San Marcos, Texas, formed in 2004. They typically compose lengthy atmospheric instrumental pieces, featuring layers of effects-laden guitar and a heavy usage of dynamics. Their fourth album Another Language, released in 2014, entered the Billboard Heatseekers Album Chart at number 7. This Will Destroy You was formed by guitarists Jeremy Galindo and Chris King, bassist Raymond Brown and drummer Andrew Miller in San Marcos, Texas,] in 2005. They had met through mutual friends,[4] and played together in various different bands throughout high school[5] before the lineup was finalized by around 2002. See for more.

They Move On Tracks Of Never-Ending Light

I Believe In Your Victory

Burial on the Presidio Banks

Happiness: We’re All In It Together