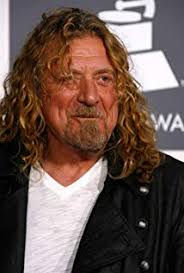 Robert Anthony Plant CBE (born 20 August 1948) is an English singer, songwriter, and musician, best known as the lead singer and lyricist of the rock band Led Zeppelin. Plant enjoyed great success with Led Zeppelin throughout the 1970s and developed a compelling image as the charismatic rock-and-roll front man, similar to contemporaries such as Roger Daltrey of the Who, Freddie Mercury of Queen, Mick Jagger of the Rolling Stones and Jim Morrison of the Doors. With his mane of long blond hair and powerful, bare-chested appearance, Plant helped to create the “god of rock and roll” or “rock god” archetype. Although Led Zeppelin dissolved in 1980, Plant occasionally collaborated with Jimmy Page on various projects through this period, including forming a short-lived all-star group with Page and Jeff Beck in 1984, called the Honeydrippers. See for more.

If I Were A Carpenter

Up on the Hollow Hill

When The Levee Breaks

And The Sensational Space Shifters – Going To California