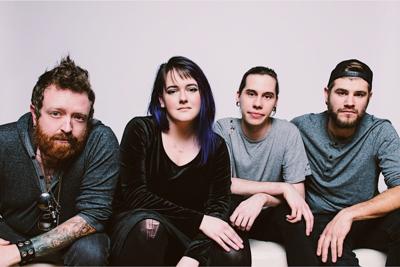 Hailing from Nashville, TN, Raviner is an alt-metal band that intertwines elements of dark pop and cinematic rock to curate their distinctive sound. Raviner was formed in late 2015, emerging out of founder Kamber Kigin’s desire to create a separate band from her solo singer-songwriter work. Early next year Kamber met and began collaborating with members Rob Shollenberger and Jon Wisecarver. After a hiatus in 2019, the band experienced a breath of new life. In late 2020 Christian Nicks, Jordan Armstrong, and Joshua Maher joined Raviner and have continued to create the singular brand of visceral, cathartic rock Raviner is known for. See for more.