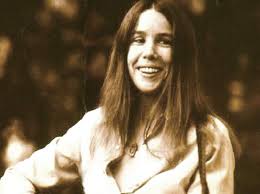 Kate Wolf (born Kathryn Louise Allen, January 27, 1942 – December 10, 1986) was an American folk singer and songwriter. Though her career was relatively short, she had a significant impact on the folk music scene, and many musicians continue to cover her songs. Her best-known compositions include “Here in California,” “Love Still Remains,” “Across the Great Divide,” “Unfinished Life,” and “Give Yourself to Love.”Born in San Francisco, she started her music career in the band Wildwood Flower before recording ten records as a solo artist. Her songs have since been recorded by artists such as Nanci Griffith and Emmylou Harris (whose recording of “Love Still Remains” was nominated for a Grammy Award in 1999).  See for more.

Across the Great Divide

Eyes of a Painter