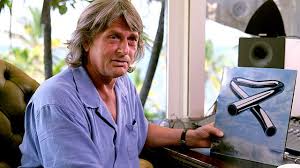 Michael Gordon Oldfield (born 15 May 1953) is an English multi-instrumentalist musician and composer, working a style that blends progressive rock with such genres as folk, ethnic or world music, classical music, electronic music, New Age, and more recently, dance. His music is often elaborate and complex in nature. He is best known for his 1973 hit album Tubular Bells, which launched Virgin Records, and for his 1983 hit single “Moonlight Shadow”. He is also well known for his hit rendition of the Christmas piece “In Dulci Jubilo”. See for more.

Trick of the Light

Shadow On The Wall

& Cara Dillon – Man in the rain