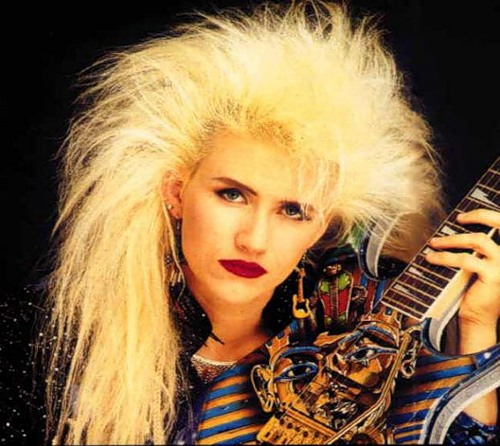 Jennifer Batten (born November 29, 1957) is an American guitarist who has worked as a session musician and solo artist. She has released three studio albums: her 1992 debut, Above Below and Beyond (produced by former Stevie Wonder guitarist Michael Sembello), the worldbeat-influenced Jennifer Batten’s Tribal Rage: Momentum in 1997, and Whatever, which was released on CD and DVD in Japan in September 2007 and worldwide in April 2008. She authored two music books: Two Hand Rock (published by Hal Leonard) and The Transcribed Guitar Solos of Peter Sprague. See for more.

Flight of the bumble bee

Back to the FrontPage.