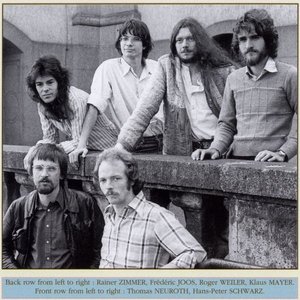 Sebastian Hardie were Australia’s first symphonic rock band. They formed in Sydney in 1967 as Sebastian Hardie Blues Band but dropped the ‘Blues Band’ reference when they became pop-oriented. By 1973 they developed a more progressive rock style, and later performed as Windchase, but disbanded in 1977. An early member of Sebastian Hardie was Jon English (vocals, rhythm guitar), who starred as Judas Iscariot in the Australian version of the stage musical Jesus Christ Superstar in 1972, he subsequently had a solo career as a singer, actor and playwright. A later member, Mario Millo (lead guitar, mandolin, vocals) became a multi-award winner for his television and movie music. See for more.

Glad to Be Alive