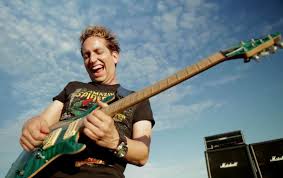 Neil Zaza is a melodic instrumental guitarist who has become well known for his technical accuracy and adaptation of classical works by Bach and Mozart into his own blend of neo-classical, melodic, guitar instrumentals. Before beginning a solo career, Neil Zaza formed in 1987 the rock band ZAZA which toured U.S. and released an album called Party With The Big Boys in 1991. After his second solo album, Zaza was as a guest soloist with The Hartford Symphony Orchestra, performing “1492” and a guitar interpretation of “West Side Story”. See for more.