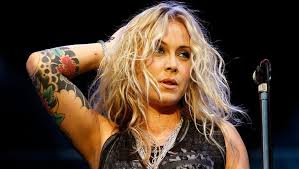 Anouk Teeuwe (Dutch pronunciation: [aːˈnuk ˈteːuʋə]; born 8 April 1975), professionally known by the mononym Anouk, is a Dutch singer-songwriter. After her breakthrough in 1997 with the single “Nobody’s Wife”, she had numerous hit singles in the Dutch and Belgian charts, such as “R U Kiddin’ Me”, “Michel”, “Girl”, “Lost”, “Modern World”, “Three Days in a Row”, and “Woman”. Anouk has released eleven studio albums to date, the most recent one being Fake It Till We Die, released on 21 October 2016. She represented the Netherlands at the Eurovision Song Contest 2013 in Malmö, Sweden, with the song “Birds”. See for more.

Let’s Run Away Together