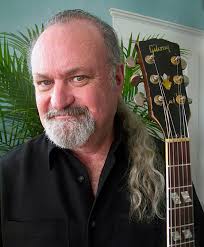 Tinsley Ellis (born June 4, 1957) is an American blues and rock musician, who grew up in southern Florida. His love for electric blues grew by listening to British Invasion bands such as the Yardbirds, the Animals, Cream, and the Rolling Stones. Inspired by a live appearance by B.B. King, he was determined to become a blues guitarist. In 1975, he played with the Haygood Band while attending Emory near Atlanta. Two years later, already an accomplished musician, he returned to Atlanta and joined his first professional blues band, the Alley Cats, a group that included Preston Hubbard of the Fabulous Thunderbirds Ellis graduated from Emory University in 1979 with a degree in history. See for more.

In From The Cold

I’ll Be Loving You

To The Devil For A Dime