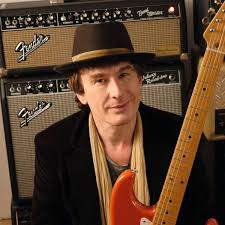 Marcus Nepomuc Deml (born August 9, 1967 in Prague) is a German guitarist, studio musician and founder of the band Errorhead. He studied guitar at the Musicians Institute in Los Angeles, worked as a live and session guitarist in the USA until 1993, and worked on numerous chart productions on his return to Germany. He has released three albums with his own band Errorhead so far. He was voted one of the top three Guitar Heroes of 2005 by the American magazine Guitar Player. In the same year he received an award in the Rock’n Roll Hall of Fame in Cleveland. See for more.

Let Me Get Down

“Tata” Live at the Music Hall

of Errorhead at the Hard Rock Cafe Hamburg